Kush was also a longtime coach at Arizona State, compiling a 176-54-1 record while coaching the Sun Devils from 1958 to 1979. He was inducted into the College Football Hall of Fame in 1995 and the Michigan State Athletics Hall of Fame in 2000.

A native of Windber, Pennsylvania, Kush started the 1952 season on the offensive line, but close calls in the first two games of the year prompted the Spartan coaching staff to move Kush back to his middle guard post on the defensive line, where he played the previous two seasons. Although he was only 5-9, 180 pounds, Kush combined excellent quickness and sound technique, often disrupting plays before they even got started. In a key game vs. Purdue, Kush recovered a fumble and helped limit the Boilermakers to just 31 rushing yards.

After his Spartan career was over, Kush played in three collegiate all-star games: the Senior Bowl in Mobile, Alabama; the North-South All-Star Game in Pontiac, Michigan; and the College All-Star Game in Chicago.

Following his playing days, Kush joined the United States Army, where he served as a first lieutenant at Fort Benning, while also coaching the Fort Benning football team.

As ASU head coach, Kush would amass a school-record 176 wins, collecting a record of 176–54–1. He guided the Sun Devils to seven Western Athletic Conference Championships, part of posting a winning season in 19 of his 22 seasons as head coach.

Kush also holds the ASU record for postseason victories, leading the Sun Devils to six wins in seven bowl games, including the 1970 Peach Bowl and 1975 Fiesta Bowl, capping off two undefeated seasons. The 1970 Peach Bowl victory was ASU’s first bowl game in 19 years. Following the 1975 Fiesta Bowl win, the Sun Devils finished second in the national polls, their highest ever under Kush.

In 2000, Kush returned to Arizona State and served as a special assistant to the Athletics Director and then as an ambassador for Sun Devil Athletics.

In 1996, Arizona State held “Frank Kush Day” and announced that the playing field at Sun Devil Stadium would be named “Frank Kush Field” in his honor. 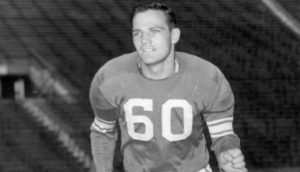