John was born in Saginaw, Michigan in 1920, graduating from Arthur Hill High School.  Then attended Michigan State College, majoring in metallurgy and engineering.  It was at MSC that he met the love of his life, Marguerite “Marnie” Olofsson.  After college, John and Marnie married and soon after John joined the Army to serve his country.  Early war years were spent at Fort Ord, near Monterey, California. Both John and his wife spoke endearingly about their war years in California.

John Demmer landed in Normandy D-Day plus 20 as a Warrant Officer in the 557 Heavy Duty Tank Maintenance Battalion.  His WWII European experience took his battalion from the beaches of Normandy through the hedge rows to Paris, fighting through the Battle of the Bulge.  His battalion then crossed into Germany over the Bridge at Remagen, to the Colmar Pocket, through Nuremberg.  Finally, he saw the armistice signed while in Pilsen, Czechoslovakia.  His was one of the first battalions sent to California after the German armistice was signed to prepare for the invasion of Japan.

After the war John returned to the city of his in-laws, Lansing, Michigan where he went to work for his father-in-law’s business, Olofsson Tool and Die.  Both John’s father and his father-in-law’s careers evolved from the tool and die trade.  John left the Olofsson business in 1951 and purchased his own manufacturing firm in downtown Lansing.  He renamed little “Ace Manufacturing” to Demmer Tool and Die” and his business career was off and running.  The company grew through the 50s and 60s servicing the auto and aerospace industries designing and building tool, dies and special machinery.  The 70s, 80s and 90s saw the company move aggressively into the military and defense industry, designing and building protective armor systems for large military vehicles.  By 2010 the company was functioning in over 7 facilities employing 1600 talented people.

While on this business journey, John took time out to build a family, he enjoyed spending time with his daughter Peg and sons Edward and Bill.  Michigan State University remained a big part of John and his family’s life of which Peg and Bill are both graduates.  Son Edward has been, along with his father, major benefactors to the school’s athletic programs.  Traveling to away games with the football and basketball teams was always a highlight in his life.  He attended every Rose Bowl game that his Spartans played.

John and his wife Marnie planned for their golden years to be spent in Harbor Springs, Michigan.  Seldom has a community and a resident come together with greater symbiosis than Harbor Springs and John Demmer.  The boating environment of Harbor Springs first attracted the couple but it was the people that captivated them.  John reciprocated in kind and showed the community how to life with gusto and grace well into his 97th year.  John had a special relationship with a group of talented local young people, “The Young Americans” from Los Angeles who perform throughout the summer at the Boyne Highlands Dinner Show.  John and his wife loved music and dance in all forms and the Young Americans at Boyne touched their hearts.

John Demmer had a history of philanthropy, giving generously to his Alma Mater, MSU, supporting the Athletic facilities, creating the Demmer Shooting Sports facility, and the renovation for the Spartan Stadium North End Zone.  The Demmer Center for Business Transformation was named for his family. He also supported Lansing Crown Boxing Club.  John honored his adopted home of Harbor Springs by helping create the John and Marnie Demmer Wellness Center in the greater community.  Primary contributions and philanthropy of John’s have been acknowledged by the Boy Scouts, The Salvation Army, the Lansing Chamber of Commerce and the MSU Alumni Association.  The Volunteers of America, the VOA, named an award after John E. Demmer for veterans who have served their communities selflessly. The second recipient of the award after John was Father Jake Foglio, as nominated by John.

One organization that he was most proud of being associated is the Quiet Birdmen, a group of passionate former and current pilots.

The family would like to thank the wonderful caregiving team that supported John and enabled him to maximize life’s gifts.  We honor Laura Green, Mariah Brecht, Amber Gates and Shari Ball.  Current Spartan Andy Dobias was also instrumental in these past 4 summers enhancing John’s life.

Online condolences may be left for John’s family at www.EstesLeadley.com 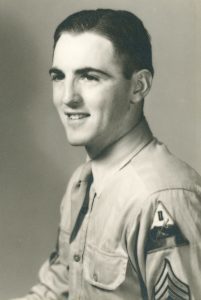