Jim was born February 8, 1959 in San Diego, CA to Marion and Joyce Williams. He grew up in San Diego, attended Madison High School, went on to attend Mesa Community College and later Michigan State University where he played Division I football and was a part of the Big 10 Championship team of 1978.

One of his favorite jobs was coaching football at Arizona State University where he met and married Elisa Boucher. They had two children, Michael and Courtney. He went on to coach at Ferris State before becoming a successful insurance broker.

He was an avid outdoorsman who loved to spend time with his family, grandkids, friends, and four-legged companions. He lived life to its fullest and could always be counted on for a good story.

Jim is survived by: his siblings Duaine (Olga) Williams, Norma Jean Costello, and Susan (Mike) Martin; Children, Michael (Danielle) Williams (29) and Courtney (Jeff) Bradley (28); Grandchildren, Ryder (7) and Pyper (3); and many beloved friends, He is predeceased by his parents Marion and Joyce Williams and his wife Linda Williams.

Memorial Services will be held 12:00 on Friday, April 8th at the El Camino Memorial Park.

In honor of Jim’s memory, the family wishes that in lieu of flowers, donations be made in his honor to either the Michigan State University Football team at www.spartanfund.net or the Southern California Labrador Retriever Rescue at www.sclrr.org. 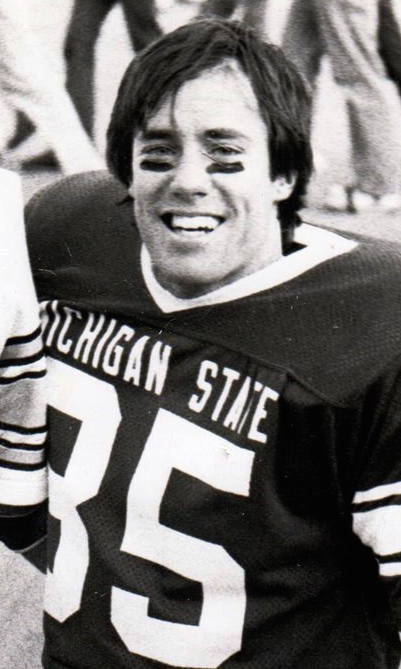